Years in the Business 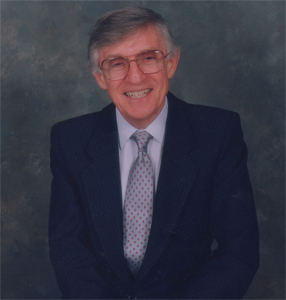 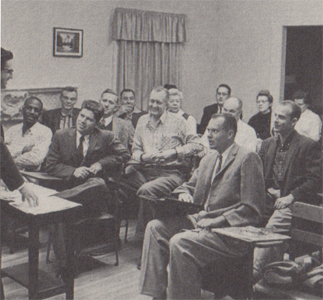 Ahead of his time, Arthur Bornstein took a little-understood skill and developed the most widely recognized and formidable learning system of its kind; transforming the lives of students, executives, salespeople, and adults across  the United States and around the world.

From overflowing classes at his school to university lecture halls, educational conferences to nationally syndicated television and radio talk shows, for multinational companies and their employees to CEO retreats on three continents, he showed again and again how anyone could lead extraordinary and exceptional lives with a system and a trained, powerful memory.

The tonight show with johnny carson

Arthur Bornstein appeared on The Tonight Show with Johnny Carson many times ... engaging, enlightening, entertaining Johnny's guests, and demonstrating the power of a trained memory. 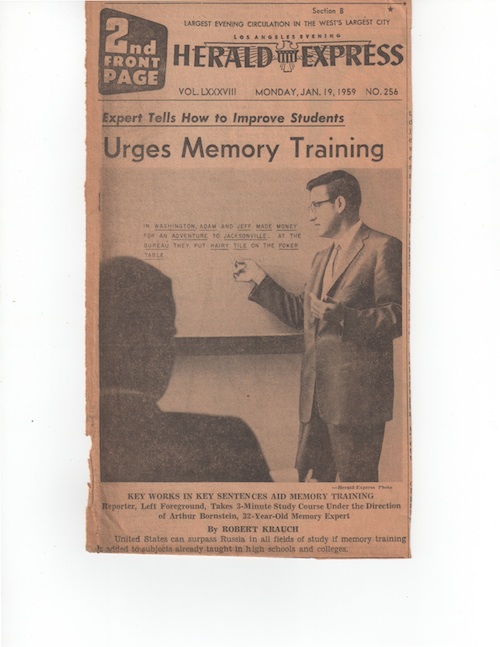 Intuitive and easy to master, Bornstein’s process triggers your brain’s recall ability for any subject in minutes … not hours or days.

It works the way the brain is wired to learn – using story and dynamic, visual imagination.  With a precise, learned system, you discover how to focus your attention and concentration, and acquire an amazing way to weave new ideas into unforgettable bursts of associations for instant and enduring recall.

You will be amazed and delighted at how even the most challenging, complex or tedious information comes alive, and rapidly becomes a part of your short & long-term memory.

a LESSON IN REMEMBERING

Arthur appeared on Art Linkletter’s House Party Show many times. You could say that he was truly a pioneer in educational television. A master at educating, entertaining and challenging audiences in-studio and at home. His demonstrations with unsuspecting audience members were a weekly occurrence and always fun to watch. 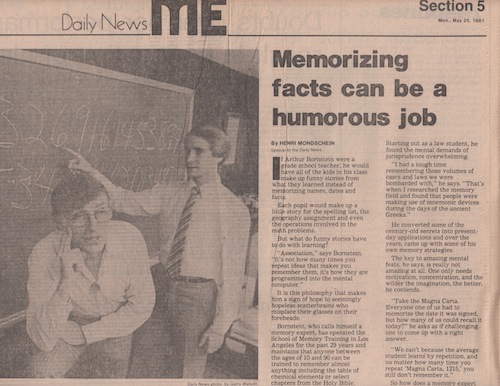 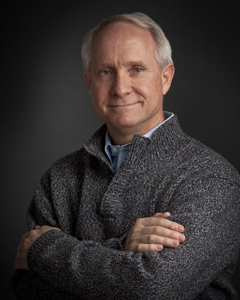 His son, Scott Bornstein and granddaughter Ruth, continue the enterprise, each in their own way.

Scott became a force in the test-preparation industry, helping students conquer the verbal aptitude mountain with Vocabulary Mastery and the Best-Prep accelerated learning test-taking system. Since then he has created MemoryPower programs for CEOs, salespeople, and students, and leads executive retreats more than 60 times a year for members of Vistage, YPO, EO, TEC and their companies across the US, Canada, Australia & Asia.

Ruth completed her post-doctoral training in neuropsychology, geropsychology, and clinical psychology working with veterans at the VA while engaged in Alzheimer’s research. She has been acknowledged as a “rising star” for her early work as a psychological scientist by the NIH. She began her career as a neuropsychologist  for the VA and now works in Southern California in private practice.